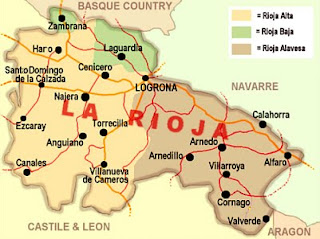 NOTHING IS OVER!!, EVERYTHING CONTINUES!! FROM GREECE TO LOGRONO...


1- Because we stand against the world of commodity production. We want to stop the enless need that the wheel of the economy has for carry on turning over and over. The three shopping malls surrounding Logroño (“Las Cañas“, “Parque Rioja” and “Berceo“) and the shopping areas of “Gran Via” and the “Paseo de las Cien Tiendas” are always filled with commodities, most of them utterly unnecessary. Where do they come from and where do they go when we throw them away?.

The answer to this question gets lost in the constant and aggressive bombardment of media advertising. In order to avoid the collapse of the economy there is a need for consumed merchandises just for them to be burned, discarded and replaced at a perpetually increasing pace. There they are, the state and the economists of capitalism carrying out research on how to encourage labour force and generate an increased rate of consumption. The boys from the Greek cities with their destructive fury have managed to stop this consumerist "therapy" and the flow of commodities in several economic centres.

2- Because we want to stop feeling grateful for the jobs that by time to time are pissed over us out of the blue from the “sky” of entrepreneurship and finance worlds. We refuse to carry on being contractual empty spaces at the service of a market that has escaped the power of men and women. Wage labour is nothing but sheer blackmail and it becomes more intense when the unemployment figures increase unstoppably.

Those among us who rely on temporary/badly paid jobs see how the access to labour market is becoming more and more complicated, how the fact of having a “decent” job becomes synonymous of being a “privileged” worker. To this we must add that many jobs have no social utility but constitute just appendages required by an economy out of control. Jobs in which we get involved due to the mere necessity of receiving a salary.
The kids in the Greek cities, by means of their destructive violence, have denied the social dynamics that turn thems into marketable goods

3- Because what happened in Greece began and matured with violence but it has not just stopped there. Hence we have seen occupations of schools and colleges, liberated City Halls, the occupation of the headquarters of the union GSEE, sporadic seizing of radio and television stations to broadcast communiqués released by the assemblies... All this is the seed of a general project of self-organization aimed to build the alternative to the present deranged and commoditised social relationships.

The young Greek rebels are fully aware that destructive anger is not enough to wage war against the world of capital and thus have set in motion a plethora of self-organized activities.

4- Because we want to stop the pain inflicted on us by our own involvement no matter whether active or passive, in the predator mechanism of production, distribution and consumption of goods.

We encounter too many contradictions in our lives: we work in useless productive processes, drive cars on roads that have engulfed towns and valleys and give off toxic gases and fumes. Because we consume mobile phones, computers or televisions that contain a capacitor made up of Congolese tantalum in their electronic structure, not forgetting the slaughter of the kids and children that extract the mineral called coltan from the mines/ores i Africa. Because we take drugs or pharmacological psychiatric medication to escape from a reality confusing and overwhelming, thus organising our lives in order to comfortably adapt ourselves to the requirements of this society, forgetting meanwhile the predatory reality hidden by the so-called “normality” of commoditised relations …
The Greek youths have taught us how to dream again, how to flee from our weariness and our bitterness, to regain the momentum we lost with our adolescence.

5- Because no matter how empty, wasted and degraded reality presents to us, we still believe that everything is possible. If there happens to be a future this implies necessarily the reconstruction of human society on other foundations.

Therefore it is this reconstruction towards which we wish to aim our intelligence and our efforts: Towards the abolition of the state and its disintegration in countless small and federated communities; the rational dismantling of the present means of production deemed unnecessary and the self management of all social activity, the regulation of life by assemblies organizing mere tasks; the destruction of aggressive technologies that impose a huge and complex social organization and give rise to hierarchies, systems of control, enforcement agencies/repressive institutions, etc.. The total abolition of wage labour and its conversion into a game, a radical redefinition of our needs, a transitional/rotational distribution of work among all of us enabled for the activity, the abolition of money and its replacement by solidarity interchange; the recovery of naturist lifestyles…

We recognise ourselves as part of this prospect simply because it is both our wish and a total necessity.

Some comrades from Logrono.

LOGRONO IN WIKIPEDIA: http://en.wikipedia.org/wiki/Logro%C3%B1o
Posted by theory and action: words for an anarchist debate at 18:52