THERE WILL BE ACCIDENTS (By: Millenarists without millennium) 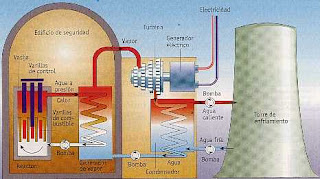 George Bush, Tony Blair and Jose Maria Aznar are totally right, the end of the world is just around the corner. One day or another, sooner rather than later, an atomic bomb will go off in New York, the fragrances of chemical death will propagate through the network of tunnels of London Underground and its abandoned stations, an untreatable virus will spread all over Madrid…

The warnings of our masters are not mere smoke screens, but self-fulfilled prophecies. It is not possible to complete the plundering of the planet, to clamp down on the people who dare to resist, humiliate the vanquished and display a limitless power without paying the consequences. The domination based in the ongoing deployment of technology has these contraindications: the genius of the bottle is available to all.

When in the early twentieth century England brought out the new battleships known as dreadnoughts, all other war fleets became rapidly obsolete. However it turned out that it was not that difficult to build dreadnoughts so the English fleet lost its supremacy in a few years. In the same way, the same techno science which is applied to the destruction of peoples and cultures that capitalism has time ago classified as inferior will allow for the revenge of the latter. Power, where is your victory?

Nonetheless this inevitable revenge will reach all of us. Do you SERIOUSLY think that by demonstrating for “peace” you are already saving yourselves?. When death arrives, it will not make any difference, and all of us will be charged with its vengeance. Citizens from the first world, we must perish with it if we do not manage to dismantle it.

Because (it is evident that) this world is falling apart. There will not only be nuclear, chemical, biological accidents, but the disaster brought by the “capitalism of the spirit” has already settled everywhere: we have it in the “Prestige” issue (1) and outside of it. It is present in all the oil slicks given off by the normal every day functioning of the economy although that does not seem to worry us so much. We have it in genetic engineering, which will render unrecognizable our lives and our children’s (if you have money for the new “improvement of the race“ you will be breeding monsters, and if not, just slaves). We have it already in the tireless and senseless mobilization of our efforts, wishes and feelings for the sake of both compulsory production and consumption. And we have it in our everyday lives, miserable set of boredom, falsification, dissatisfaction and fear, violence, emptiness. Is it this slow agony that we are so afraid to lose?.

In truth we say, what do we fear to lose in this war?

For sure it could not be the future of the forthcoming generations because under capitalism that future has already been spoiled. The dream of a greater well-being, a fairer society, the disappearance of exploitative forms of production and the flagrant inequality between classes is over. The dream of education as a means to climb the social ladder or raising consciousness is also over. No more progress and philanthropy; it is over. Humanism, it is over. Humanity, it is also fucking over.

Are not we already aware of what sort of crap the new century is going to bring us?…

Come on, for fuck sake!, let’s not to get so outraged against that poor Texan alcoholic anonymous who has found his personal salvation and his mission on earth among the TV preachers and the manifest destiny of the heavy “charge of the white man”, Let the Crusaders to bury the Crusades. First of all let’s look around us. Why are we here?, Because we have been convened. And what about tomorrow?, and tonight?, where will we go then? Perhaps to our homes, to keep up to the spectacle of war and all the other spectacles that hide and constantly re create the reality of what it is actually going on.
All until the next time comes
So what is this event useful for?

Just for nothing, because those who have called us are betraying us from the start.

Those parties and unions, what would they do if they were in the government? What have not some of them already done so, when they were on rule?

If we really want to stop the war, then we must stop the whole life.

Just because the war in Iraq is not enough reason: we must stop the economic system and power structure that make wars necessary, all wars. Would you dare to tell us that the war has not already broken out in the rear guard?…

Those among you who have to cope with the daily exploitation of the capital, who bear day by day the sadism or complacency of your bosses and managers in an absurd work whose usefulness you do not understand or share… and what about those among you who are doing humiliating balances on the tightrope of any temporary job to make ends meet… DO YOU HONESTLY KNOW WHAT “PEACE“ MEANS?.


We have no time any more for niceness and good feelings.


It is a matter of life or death, our life or their death.

ANOTHER WAR IS POSSIBLE!!!!