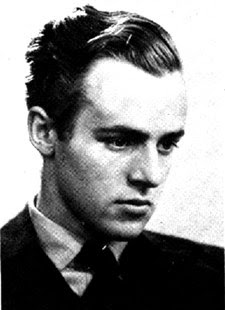 Listen, Little Man! Is a human and not a scientific document. It was written in the summer of 1945 for the Archives of the Orgone Institute without the intention of publishing it. It was the result of the inner storms and conflicts of a natural scientist and physician who watched, over decade first naively, then with amazement and finally with horror, what the Little Man in the street does to himself; how he suffers and rebels, how he esteems his enemies and murders his friends; how, wherever he gains power as a ‘representative of the – people’ he misuses this power and makes it into something more cruel than the power which previously he had to suffer at the hands of individual sadists of the upper classes.
This “Talk” to the Little Man was the quiet answer to gossip and defamation. For decades, the emotional plague has tried again and again to kill orgone research (note well: not to prove it incorrect, but to kill it by defamation). Orgone research carries a very heavy responsibility for human life and health. The fact justifies the publication of this ‘Talk’ or a historical document. It seemed necessary for the ‘man in the street’ to learn what goes on in a scientific workshop and also to learn what he looks like to an experienced psychiatrist. He must learn to know reality, which alone can counteract his disastrous craving for authority. He must be told clearly what responsibility he carries, whether he works, loves, hates or gossips. He must learn how he becomes a Fascist, be it the black or red variety. He who fights for the safeguarding of the living and the protection of our children must needs be against the red as well as the black Fascist. Not because today the red Fascist, like the black Fascist before him, has a murderous ideology, but because he turns lively and healthy children into cripples, robots and moral idiots; because with him, the state comes before right, the lie before truth, war before life; because the child, and the safeguarding of the living in the child, remains our only hope. There is only one loyalty for the educator and physician: that to the living in the child and the patient. If this loyalty is strictly adhered to, the great questions of ‘foreign politics’ also find their simple solution.
This ‘Talk’ does not imply that one should make it the pattern of one’s existence. It describes storms in the emotional life of a productive, happy individual. It does not want a, convince or win anybody. It pictures experience as a painting pictures a thunderstorm. The reader is not asked to like it. He may read it or not. It does not contain any intentions or programmes. All it wants to do is to win for the researcher and thinker the right to personal reaction, which one has never denied, to the poet or philosopher. It is a protest against the secret and unrecognized intention of the emotional plague to shoot its poison arrows at the hard-working researcher, from a safe ambush. It shows what the emotional plague is, how it functions and retards progress. It also attests to the confidence in the tremendous un-mined treasures, which lie in the depth of human nature: ready to be put in the service of fulfilling human hopes.
The living, in its social and human interrelationship, is naively kindly and thus, under prevailing conditions, endangered. It assumes that the fellow human also follows the laws of the living and is kindly, helpful and giving. As long a. then is the emotional plague, this natural basic attitude that of the healthy child or the primitive, becomes the greatest danger in the struggle for a rational order of life. For the plague individual also ascribes to his fellow beings the characteristics of his own thinking and acting. The kindly individual believes that all people are kindly and act accordingly. The plague individual believes that all people lie, swindle, steal and crave power. Clearly, then, the living is at a disadvantage and in danger. Where it gives to the plague individual it is sucked dry and then derided or betrayed; and where it trusts it is cheated.
That’s the way it has always been. It is time for the living a, become hard when hardness is needed in the struggle for its safeguarding and development; in doing so, it will not lose its kindness if it sticks to the truth courageously. There is hope in the fact that, among millions of industrious, decent individuals then an always only just a few pestilential individuals who cause murderous mischief by appealing to the dark nod dangerous impulses in the structure of the armored mass individual and lend them to organized political murder. There is only one antidote to the germs of the emotional plague in the mass individual: his own feeling of living life. The living dots not ask for power but for its proper role in human life. It is based on the three pillars of love, work and knowledge He who has to protect the living against the emotional plague has to lean to use the right to free speech as we enjoy it in America at least as well for the good as the emotional plague misuses it for the bad. Granted equal right in the depression of opinion, the rational finally must win out. This is an important hope.