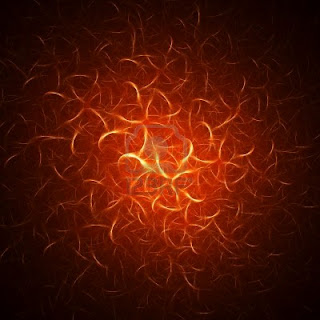 The past 24 hours find us in an extreme emotional antithesis…

On the one hand, great sorrow for the death of the 15-year old Afghani and the injury of his sister and on the other hand, maximum rage for the reportages of the media which totally arbitrarily and purposefully try to involve our organisation in this event. We are not usually “bothered” by the panic-ridden scenaria of the media, yet the importance of the event forces us to take a public position directly, without a connection to any attack of ours. For this reason we CLEARLY STATE THAT THE CONSPIRACY OF CELLS OF FIRE HAS ABSOLUTELY NOTHING TO DO WITH THE EVENT IN QUESTION. We know only too well that our word against the word of the Anti-terrorist unit does not have the same exposure, since the media, in a paid mission, “photograph” and slander our organisation and our supposed involvement in the explosion in the [neighbourhood of] Patisia [, Athens].

For this reason we turn to every thinking individual, in order for them to understand the dirty game that is being set.

For all the above we declare

First – as we have already written in the communique following our attack against the National Insurance “…the time given for the evacuation of the building was set with knowledge of the number of forces held by the police in the surrounding area. In the future, depending on the geographical characteristics of each area, we will set the time frame for evacuation accordingly. Our aim is material destruction and police are always warned so that they can evacuate each area on time… “. And so, it would be inconsistent and murderously careless for us to place an explosive device in a heavily populated area, without a warning call.

Second – in the case that the phone call to the [corporate TV station] ALTER did indeed take place in the morning of the same day, it would be criminal neglect for us to “abandon” the explosive device for approximately 14 hours with the possible danger of an explosion that would have passers-by as victims. THE RISK WE TAKE AS REVOLUTIONARIES PRESUPPOSES EVEN OUR MAXIMUM PERSONAL EXPOSURE AS COUNTER-BALANCE TO THE POSSIBILITY OF AN ACCIDENT. In plain words, we would neither give a time limit of 6 minutes, knowing it is impossible for an area to be evacuated in such time, nor would we leave a device exposed without us ourselves going, with our personal exposure, to pick it up. This is also part of the claim of responsibility of our choices.

Third – it is our standard tactic , in order to avoid the malfunction of each device, to always place two clocks (and not one, as it has so far been leaked by the media) so as in the case of the malfunctioning of one of the clocks, the second one to operate instead.
Fourth – always, the warning calls that we make are to at least two institutional media in order to avoid any misunderstanding on the side of the phone operators, as well as a possible cover up of the warning call, as has happened in the past to other organisations. Also, there is always a full and detailed description not only of the target where we have placed the device but also a reference to certain roads, the size of the explosive device and the relevant advice for the evacuation and sealing off of buildings (the hotel La Mirage in Omonoia square in the case of the [neo-nazi group] Golden Dawn, the blocking off of both lanes of traffic and surrounding buildings]

Fifth – in the case of the placement of an explosive device at the house of the vice-president of the Greek-Pakistani Union in Patisia, having knowledge of the area and the mobility of migrants in the area, we gave a time limit of 20 minutes to the police and used for this reason, a low-intensity explosives (handmade black gunpowder) and not the explosive material we used at the offices of Golden Dawn or the Police Directorship for Immigrants. Also, it was no coincidence that the explosives were placed outside the storey of flats, not inside – as we wanted to avoid in any case a possible injury of the tenants. Finally, we are no judges, prosecutors or police reporters to reach easy conclusions. At the end of the day, the truth for what happened is only known by the perpetrators of the action. In the POSSIBLE CASE that the particular explosive device was placed by a Revolutionary Organisation then revolutionary dignity dictates a public claim of responsibility with the relevant self-criticism which would clear up the scene, otherwise political anonymity sabotages the revolutionary direction and “charges” an entire strategy, that of the urban guerrilla.

The conclusions are many along with the reminder that if it is really a “blind” attack then it is a very specific political tendency that finds itself to the right of the state and has a special preference for such practices (Piazza Fontana, Italy – explosive device by parstatal extreme-rightists) under certain conditions of social tension.

CONSPIRACY OF CELLS OF FIRE

NIHILIST SPLINTER
Posted by theory and action: words for an anarchist debate at 19:44