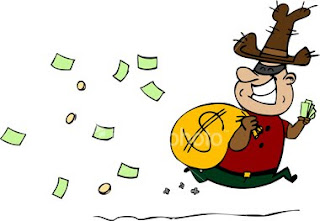 In light of the appeal on April 28th 2010, we call out for actions of solidarity everywhere.

It’s been more than four years since the morning of January 16th 2006, when the anarchist Giannis Dimitrakis was arrested, heavily wounded by police fire, after a robbery at a branch of the National Bank in the center of Athens.

From the very first moment a storm of constructed information broke out, systematically supplied by the police and readily carried out by the mass media. The police constructed “the gang of thieves in black,” so that other comrades could be named as members, to which was attributed a string of robberies but also a close association to armed revolutionary groups, and then it was proclaimed that the whole of the anarchist- anti-authoritarian movement is closely connected to organized crime !! Gianni’s arrest, the slander and the manhunt unleashed against his three supposed accomplices (which were later on declared wanted for astronomic rewards) – four comrades known for their many years of political activity – on the one hand aims for their legal annihilation and on the other, promotes a holistic plan of stripping of meaning and criminalization of anarchists, anti-authoritarians and class struggle.

Because of his political identity, the state moved with rage against him from the first moment. Parallel to the crescendo of misinformation and impression creating by the media, the district attorney tried to interrogate him in the emergency room while he was bedridden and under pharmaceutical influence. The categories against him were based on the “anti-terror” law and enriched with six unsolved robberies, attempted manslaughter and money laundering. He was probably the first man in custody to be held at Malandrino maximum security prison, which is intended to hold convicts only, while attacks by prison guards, vindictive transfers and disciplinary sentences, the exhausting sentence of the first trial (an unheard of for a robbery sentence of 35 years) and the provocative deprivation of basic rights for the preparation of his defense at the court of appeals supplement the oppressive aggressiveness against him.

In these extreme conditions, the comrade defended from the beginning his choice to expropriate a bank, without statements of remorse and with clarity as towards his motives and intentions. He gave meaning to his act as a moment in his critique and action against the system of wage slavery and exploitation, against the antisocial role of the banks and as a part of the polymorphic social struggle.

Furthermore, in the wretched reality of the prisons, he stood dynamically and with dignity from the beginning. He participated in all of the prisoner’s struggles happening the past years in Greece. Advancing to hunger strikes and abstinence from the prison meals – despite the permanent health problems given him by the cop’s bullets – showing his solidarity for his fellow prisoners and fighting for the terms of his survival and existence in the difficult position of imprisonment. Along with other imprisoned anti-authoritarians he was an interactive channel of communication with the grandiose prisoner’s movements in the fall of 2008.

All these reasons – and because Giannis Dimitrakis and the other three wanted anarchists are some of us, comrades and co fighters in the diversity of the struggles for freedom – fired off a mass of actions of solidarity and political defense for them in many cities in Greece. From the posters, texts and brochures to the flyers, banners and slogans on walls and from the attack actions against banks, other economic targets or government vehicles to the massive presence of people at the public events in the amphitheaters, the march in the center of Athens and the demonstrations outside of the prisons of Malandrino, Koridallos, Neapolis and Alikarnasso, the anarchists and anti-authoritarians made clear the way in which they respond to their comrades being held hostage by the state.

The appeal will be on April 28th, where the decision against our comrade will be finalized. Four years after his arrest, four years after the start of this particularly repressive undertaking, one year and some months after the December revolt, the state’s constant and manic attempt to oppress, marginalize and criminalize the people of the struggle is becoming all the more clear. Our key weapon against this policy is active solidarity with all means possible.

The appeal of Giannis Dimitrakis is very important, as much for the legal outcome of his case, as for if we will allow the state’s manipulations and experiments against us to flourish.

In light of the appeal on April 28th 2010, we call out for actions of solidarity everywhere. Collectives and comrades are organizing marches and actions for Tuesday April 27th, throughout Greece. However it would be significant if you also could organize actions for that day (or some day near to it) in your cities and your countries, for example demonstrations outside of Greek embassies or consulates. Many such actions would send a specific message of solidarity and would be important to us.

(Athens)
Posted by theory and action: words for an anarchist debate at 17:20