WHAT'S LEFT?, AGAINST THE MANAGEMENT OF THE STRUGGLE, FOR ITS SELF-ORGANISATION (BY RESONANCE) 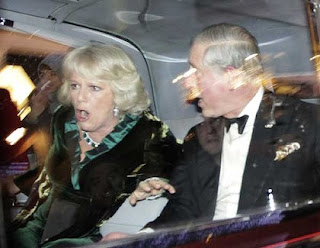 This response rapidly went beyond what I expected to write and it is clear that these are massive issues which need lots of us working and experimenting on.

Spotted this short analysis of the recent student demonstrations here on indymedia. The article asks some huge questions and rightly critiques several elements of these protests. Whilst the questioning of Leftits management of struggle, forms of organisation and tactics of struggle are vital the answer proffered here aren’t quite as convincing. Whilst I’m certainly more sympathetic to insurrectionist arguments than many of my peers I feel this analysis needs to be engaged with and criticised. As empowering, exciting and refreshing as insurrectionist arguments can sometimes be, its familiar weaknesses are repeated here in this post. So, I hope that if the original authors of that article read this response they’ll accept it in a comradely fashion. These are massive questions we all need to work through, this will by necessity entail that at moment we all feel a little uncomfortable.

So, I’m going to assume you’ve read the article (go on, its only a couple of paragraphs). But, if you really can’t be bothered here is a brief summary.

The key question this article asks is “what role, if any, should Leftists take in these current struggles”.

The authors are very critical of those “that consider themselves already a ‘politically conscious’ and ‘active’ class”. They are the real target of this article. The authors suggest that they need to “know when to keep silent, when to step aside and to recognise that the opportunity being presented to them is to divest themselves of their own redundant, prescriptive and obstructive attachment to their own models of theory and action”.

These professionals of social change (on this topic see the often referenced, “Give Up Activism”) are criticised, ultimately for attempting to channel this explosive energy and rage into specific forms such as groups, networks etc. “ Because the activist project is not about rebellion nor about chaos. It is primarily a project of reigning in, of taming the unruly desire to break out of all constraints, to specialise it, professionalise it and rationalise it”. This is an interesting point and one which we must always challenge ourselves with.

Although not against organisation completely they argue, and perhaps rightly that “Formalising a struggle too early leads to the death of that conflictual tension”. They argue that “social force”, unrepresented, and non-formalised can spread outwards and resonate with other tensions before finding an end point with “fluid informal groupings of affinity”.

Also, rather dubiously, they argue that this composition emerges from attacks, from the bonds of friendship which can and do emerge in times of conflict on the streets. It is only in this way that we can, argue the authors, “escape dated concepts and forms”.

As for their own actions, in pointed opposition to many leftists they say they will operate in parallel to these struggles. In this way if a broadening occurs it will happen without being imprisoned within the bigger cage and longer chain of Leftist politics.

Towards New Forms of Organisation

The authors are rightly critical of what I would term the Old Left (the unions and their stewards, the socialist parties and their numerous “coalitions” and “networks”). These traditions, clearly, have failed to understand what is happening and are cynically attempting to piggy back the political capital which stands to be made by becoming the mouth piece of the (acceptable face) of the movement all the way to a cushy job in London. Aaron Porter, the AWL and SWP please take a bow.

In a different way it is also correct to criticise the “activists” (in both their liberal and radical forms) their impact on the struggle. Liberal and more radical activists are certainly shyer at attempting to direct these struggles than the Old Leftist Dinosaurs are. Noticeable also is the lack of “direct action” tactics we’ve seen in the past ten years. This, also, is a good thing. Who needs ten activists on a tripod when we have thousands of young people blocking roads, storming buildings and confronting the police together. What is noticeable with the activists is their real lack of noticeable involvement. The media are not focussing on the image of the, usually ubiquitous, masked anarchists for a reason, we are simply one small part of this, nothing else.

Whilst it is valuable to challenge the arrogance of many in the activist scene, those “specialists” in forms of direct action which seem deeply inappropriate for the current situation it seems slightly bizzarre to criticise legal support, kitchens and other forms of practical support. These, like the authors intend to do, enable these struggles not confine the choices that it can make.

One of the things the authors criticise is “email lists”. I can only assume this isn’t the form itself but merely short hand for activist, decentralised organising which is often as deeply disempowering as its centralised opposite. However, the question of organisation is key to the article and, I think, to the struggles, themselves. As well as the inspirational moments these struggles have been marked by familiar and not so familiar organisational problems from the SWP and other Trotskyist groups shamelessly hijacking events and causing splits to HE students privilege in articulating their version of these struggles vis-a-vis FE students to the NUS attempting to be the voice of something which is certainly not interested in them.

As appealing as anonymity and action can be, politics is as much about words as actions. A movement solely based on confrontation can not survive. Whilst the managers of capitalism become increasingly removed from the reality of the situation there are many out their with whom our struggles might resonate.

“We are not for continuing any of the structures or concepts given to us by democracy” – We cannot support the structures of capitalist democracy, of course. Yet this can not mean we reject the idea of organising at a scale beyond small groups. Without a space to articulate disagreements and develop, where we can, together, what is left? Explosive rage? How far can that take us? And where? Anti-Austerity politics are not necessarily progressive, rage at finance capital and austerity can filter in many ways. Are we expected to simply move alongside and hope for the best?

The authors of the text are certainly very supportive of any thing that attacks the current state of affairs yet if we don’t build anew as we attack then we are destined to fail. This building includes new political ideas (a new grammar for our actions) as well as networks, spaces etc. The success of struggles such as greece has occurred with the simultaneous development of assemblies, spaces, infrastructure. To borrow a quote from Gilles Dauve, “A communist revolution will never resemble a slaughter: not from any nonviolent principle, but because revolution subverts more (soldiers included) than it actually destroys”. To focus on violence misses the true point of revolution, the subversion, the changing of society.

How do we do this? Or, The Path is Made by Walking.

We must reject the activist notion of education, of being in possession of the secrets to society which merely need imparting to an ignorant population. We aren’t missionaries. We need to look to what we can learn from each other. These struggles contain, implicitly, a critique of most of the political spectrum. Against parliament, the unions, political parties (including the Greens) and the mostly irrelevant Left. If we are part of this, not outside of it and certainly not above it, then we can engage with it. The question is how we can do this whilst leaving our prejudices, privileges and dogmas at the door. Spaces for discussions on aspects of the politics or skill shares can be done in non-hierachical ways which respect the autonomy of those involved. Whilst the authors suggest we need to know when to stay silent, I’d suggest we need to know when to speak and how to encourage others also to speak. We need to recognise forms of micro-fascism, of hierarchy and control within our actions and of those we see as comrades. Although difficult, a frank attempt at this helps to develop more inclusive and dynamic spaces and moments, certainly more inclusive than glamorising conflict and violence as the authors of this article and insurrectionists in general are prone to do. Whilst the levels of militancy have been truly inspiring, they are certainly not massively inclusive nor self-sustainable. Much of this refers to my thoughts on popular education over the previous weeks. What would the composition of a new politics look like? Certainly not stale occupations (as are happening in many occupied university spaces here in the UK), political parties or subtly coercive workshops? Are the new threads of organisation visible in the here and now?

In conclusion this article asks lots of the right questions but perhaps offers little by the way of answers. This is certainly a massive topic and there will inevitably be many different answers but I feel that the answers they offer are lacking. Whilst the December struggles certainly do “feel like the beginning”, the question is the beginning of what? Rage can only last so long, how do we make this resonate whilst battling the Leftist urge to lead, co-ordinate or confine the struggle? I’m sure that small, informal groupings are enough and am excited about working out together what forms are appropriate.

Resonance.
Posted by theory and action: words for an anarchist debate at 17:37