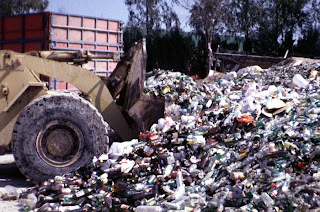 
We are living dangerously. The danger is part of the lifestyle that has been imposed upon us, danger in the form of unexpected accidents, unexpected illnesses, undermining poisoning or sudden death; danger linked to new technologies and more specifically to the morbid conditions of survival in the latest stages of capitalism. Despite the so-called breakthroughs of what the power calls progress, mankind had never before lived among mountains of cement and waste, nuclear power plants, chemical factories, transgenic products and industrial pollutants. The result is not encouraging: urbanization, land destruction and reshaping, pollution of air, water and soil, climate change, hole in the ozone layer, noise, isolation, loneliness, confinement, sedentary lifestyle, air conditioners, industrial food ... all of which determine not just an extreme set of conditions optimal for the proliferation of diseases associated with the deterioration of the immune system, but also for the emergence of new, deadly epidemics linked to the spread of deadly virus once benign, or simply poisoning and iatrogenic conditions (1). For the masters this is the price people have to pay to enjoy the present techno-economic development. In fact, it is the essential process of capitalist production, which in turn is a process of destruction of life. Disease build up along with profits and its management is a fundamental part of the system.

The number of breakdowns and the depth of the disaster are the reason why the situation is in many respects irreversible. Productive forces are eminently destructive forces and their constant development can only increase its catastrophic effects. We have already surpassed the threshold. That feeling of chaos and of having reaching a no return point is in the basis of the distaste for life many humans suffer from, which results in addictions, anxiety, depression, hypertension, and suicide. Consciousness subjected to atomization is so contaminated by capitalist values transmitted without any possible reply by the mass media, that misery takes over both minds and bodies. Every pseudo solution is offered within the frame of the very same system that causes misery, supported by the extensive use of psychiatric drugs. Thus each new generation of anxiolitics legitimates and strengthens it, while the mental health can do nothing but only worsen.

The disappearance of social consciousness is the most terrible consequence of the present sick society. It means that human beings have no effective mechanisms to protect their mental individuality from the repeated attacks of a capitalist environment increasingly hostile, having no other let escape but taking the ways out of either brutalisation or disease. The highly spread rampant compulsive consumerism of drug (whether prescription or over the counter ones)would be its primary form. A parallel process occurs with the physical defence mechanisms which are equally weak due because of the harmfulness of the environment and the hazardous diets, which in addition to the mental problems give rise to cardiovascular complications, the main cause of a third of the deaths, immunodeficiency, diabetes, asthma, ageing of the lungs, the majority of cancers and new diseases whose aetiology is still difficult to ascertain so they have to be classified as "syndromes." Pollution causes ten times more deaths than traffic accidents.

Cancer is a metaphor of capitalism, which clings to the social fabric-tissue and accumulates steadily and unstoppably, until it causes the death of the patient society. The disease is characteristic of industrialized society, one out of three humans will end up suffering from it, and in despite of the amount of capital and resources invested in its study, its progression seems to be unstoppable even among young people. Anyone slightly informed could point out at its environmental causes, namely nuclear and electromagnetic radiation, chemicals present either in our food or polluting our environment and mental disorders. While living around nuclear power plants increases the risk of cancer for more than ten, we should not forget the relationship between brain tumours and leukaemia and radar, television or telephone antennas as well as the ratio of skin cancer with hole in the ozone layer. It does not take a Doctor to see that living near industrial areas entails real risks of genetic abnormalities and lymphomas. Doing something as ordinary as driving on the polluted metropolitan cities (all of them are) leads to more lung cancer than smoking. The effects on the health of thousands of compounds with which the chemical and pharmacological industries “gift” us every year remain unknown although we do know that many pesticides, plastics, fuels, medicines, food additives and preservatives are carcinogenic. We just can find them everywhere: in toys, food, ceramics, packaging, electrical material, insulation, cosmetics, textiles, computers, CDs, etc.. Some are also hormone disrupter, allergens or immunosuppressive. Others are simply poison, susceptible of military use, responsible for syndromes such as the "toxic oil" (an organophosphate pesticide) or the death of bees (a neurotoxin). Finally, certain manic, repressed or ultra-competitive behaviours are prone to develop a tumours. All the latter are forms of degradation of personality fostered by the prevailing mental conditions which encourage the oblivion of one's own self. Apart from this, chemical and nuclear industry are primarily responsible for the havoc caused in the immune protection mechanisms of human body. It is intimately interwoven with the food industry, the population concentration in urban conurbations, energy production, the manufacturing of drugs, the system of wage labour and the consumerist lifestyle. It can not be altered without entirely affecting our present social structure which is to say the whole dominant social system. As an example it can be mentioned that the, destruction of land by deforestation or urbanization for instance, are forcing the increase of monoculture, with the addition of synthetic pesticides and fertilizers, the development of transgenic GMO (genetically modified organisms) and the waste of energy, with its consequences of increasing pollution, disappearance of traditional cultures, emission of greenhouse effect causing gases, promiscuity and infectious diseases.
The economy always reacts in the same way i.e. by increasing its harmful effects. Urban sprawl generates increased mobility and consequently an increase in demand for fuel giving rise to rising oil prices, which justifies the construction of new nuclear plants.
Mass concentrations of cattle and poultry, global warming and aberrant foods (junk-fast food and the like) facilitate the spread of diseases in animals (swine flue, bluetongue) and its transition to humans (avian influenza, bovine spongiform encephalopathy aka Creutzfeldt-Jacobs disease), which triggers panic and in the same token benefits pharmaceutical industry corporations, which sell new recipes to the States for prevention programs and create new jobs. Superlative production of refuse fills the land with highly toxic “dark spots” but also creates a powerful industry of recycling, waste disposal and management, whose treatment plants, landfills and incinerators continue the cycle of pollution within certain "security" limits admissible for the economic interests at stake, to be established by a National Waste Plan and so on.


In reality what society is sick of is of capitalism and so any cure will necessarily have to put forward with no hesitation the question of its eradication. To combat the disease it is never enough just to mask the symptoms. This has been the failure of environmentalism. The real issue is to build communities, which is to say social groups without commodified capitalistic social relationships. These communities have to be self-sufficient, i.e., they must operate outside the market, allowing in certain degree the direct satisfaction of real needs and resisting the manipulation of our desires by the spectacular culture. However, just this can never be enough but just the starting point, the ground where the new “dangerous classes” born out of the bankruptcy of capitalist society, those who must suppress the market and the state forever have to get their support, care and healing. Go outside to fight inside. That might well be the new slogan.

(1) Iatrogenic condition: Disease caused by the very same hospital environment and/or its staff.
Posted by theory and action: words for an anarchist debate at 17:12