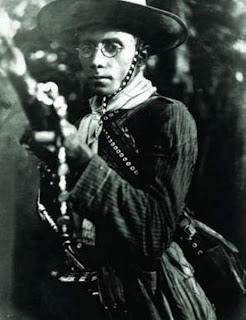 The author of this text consider the points approved by most of the “True Democracy Now” meetings as totally inadequate due to their intrinsic reformism, the unrealizable character of some of them and the ease with which the rest could be recuperated and assimilated by the state and capitalism.

Given my disagreement I would like to suggest a new draft with the points I will further develop below. All of them much more realistic and anti-utopian than the aforementioned ones published in the original "Real Democracy Now" Manifesto.

1) Generalization of the assemblies to all municipalities in the Iberian territory with clear claims for international expansion, primarily in Europe and later worldwide.

2) All effective power to be held by the assemblies. Reduction of the need for delegated functions to a minimum. Appointment of delegates only if it is inevitably necessary. Delegates will always be subjected to imperative mandate and will be recallable at any time.

All the power emanates from the sovereign local assemblies and both permanent and temporary positions of responsibility will always be rotative. Each individual represents himself or herself. The meetings should seize the power of decision that now belongs to the city halls and councils for themselves. The meetings will be coordinated from municipalities to regions and thence to the coordination level of the Iberian region, regarding this as all the different peoples that form it, whether Spanish or not (hence including Euskalherria, Catalunya, Galicia, Canary Islands and Portugal for example ...) so that any central or regional state loses its power over the federal organization and network of people’s power.

3) Appointment at local//municipal level of the following committees:

a) Commission of supply and the environmental care: In charge at first of the management of the basic needs of living and housing. Initially used for the organization of donations and the reorganization of environmentally friendly agricultural production. Ultimately it would be responsible for the total socialization of the means of production and a throughout selection of those aspects of current technology usable and compatible with a free and equal life as well as the elimination of all technology that proves harmful, enhancing of hierarchical division, stultifying and ecocide (e.g. CCTV). It will also be responsible to eliminate wage slavery and all forms of economic subservience. It also will tend to a total dismantling of the university complex through the introduction everywhere of popular “Ateneos culturales” and other forms of self-education by the community. The various trades that will require specific skills will be learned and taught in their own workplaces.

b) Commission o Defense: Responsible for preparing the defense whether by violent or peaceful means of the achievements of the democratic revolution. Entrusted with the organization of local militias and the supply of weapons. Appointed to recognize the terrain and to design the most adequate defensive and/or offensive tactics in the event of the repressive action unleashed by the state security forces and the military. Also responsible for encouraging the defection of troops in the latter and the widespread repartition of weapons to the people as soon as it becomes feasible.

c) Health and Education Commission, in charge of organizing the medical care of the population as well as to assist to the most vulnerable people and the elderly. The educational committee will devote all its effort into finding an alternative to compulsory schooling, preferably an education of children and the youth based on their integration in tasks related to decision-making and organization of society according to the Indigenous model of Oaxaca ( Mexico) or another similar ones. Immediate and total elimination of any sort of “education” based on compulsory confinement. Development of self-organization of mental health patients and implementation of measures aimed at generating new ways of helping people with mental health problems beyond the confinement in mental hospitals. Ultimately it would proceed to the utter demolition of the latter as well as that of nursing homes, being their current inhabitants fully reinstated and returned to the community and to the extended family.

d) Commission of jurisprudence, review of sentences and dismantling of the prison system. Responsible for reviewing the individual cases of all prisoners and to design and apply the most optimal measures and programs to their immediate reintegration into society (at least that of the most viable cases, the vast majority apart from a minority of rapists and psychopaths). The ultimate goal being to dismantle the prison system in its full entirety and its replacement by better and more effective ways to treat and prevent aggression and interpersonal abuse, reducing purely punitive measures to a minimum. Immediate grant to the prisoners of all claims and improvements they have been struggling for all these years. Formation within the prison of COPEL-style inmate committees for their own self-organization, self-defense and coordination with the committees’ outside the walls.

d) Commission of coordination with other neighboring and regional assemblies. These will ensure good communication and mutual assistance between the various sovereign local municipalities, regional, interprovincial and at the level of all Iberia.

f) Commission of intercultural dialogue: Destined to discuss and harmonize the new society with different cultural traditions in order to promote real diversity instead of the present days fake “multiculturalism”. Such diversity should be stripped of some harmful, sexist, etc ... aspects that form the fundamental flaws of most existing cultures without exception (including the West of course, but not limited to it.)


All these committees are also governed by the imperative mandate, being their delegates recallable at any time. Their decisions will have no power whatsoever until they have been thoroughly discussed and approved by the general assembly of the community.


Finally I would like to make it clear that the road will not be easy, that the assembly, with all its advantages as a highly desirable and wonderful vehicle for communication and power for organized working people is in itself no panacea safe from manipulation, selfishness and malicious co-optation by its very same nature. Against this entire one must appeal to the responsibility of everyone, to always keep a watchful eye, to get informed about the different issues to debate also on one’s own, not just by what any particular delegate may tell us, to speak out without fear of any tampering, cooptation and abuse. In short, our power depends on ourselves more than ever in history. Let us then defend our freedom against any type of reactionary threat.
Let the normality of liberal demo-fascist representative and capitalist dictatorship never return.


The welfare state has never been effective for anything but for the real reason it was created for; namely to stupefy us through an open access to mass consumerism, to vilify individuals in order to cause a collapse of the ethical quality of the average individual as well as of the communal habits and a healthy, well understood and brave individualism as opposed to stark and extreme egotism, extreme competitiveness and cruel hostility towards each other (especially if different) that dominates today’s society.
This is why against all the reformist demands aimed at improving the current political regime of demo-fascist (dominant one party of parties) and economic (capitalism) dictatorship through a more or less complete return to the welfare state we should oppose the will to fight, to do what is right and proper in itself, without becoming too obsessed with the achievements in the medium or long term.
We constitute ourselves as individuals capable of acting selflessly in pursuit of the highest and most superior achievements, becoming increasingly dignified, improved and grandiose through such a process, which is to say, becoming truly human. Beyond the fact of how unlikely the contents of the present draft may sound to some people, what really is at stake nowadays is no more nor less than the extinction of humanity as such as well as its (our) reduction to little more than degenerated robots, fattened like pigs and total idiots perhaps irreversibly and forever. A process that has been taken to a well advanced stage in the countries of the Anglo-Saxon orbit.

Let us give up our commodified comfort, forget about video-game consoles, cars and stupefying drunkenness at full speed every single weekend (as opposed to true popular self-organized partying and eroticism). Against all the seductions of market preparing oneself for the hardness, the titanic effort and the inevitable suffering that sometimes might arise along the way is a task towards which each individual who actually want a real and significant change should start preparing right now.


If we do not aim at taking it all, if normality returns, all this would not have served any purpose but to further strengthen our masters’ power. Such has been, is and will always be the function of all conformist, complacent and coward reformism. What is important and truly democratic is to begin building to the points here presented as a minimum although it is fully understood that the rate of implementation and their applicability will vary according to how the specific conditions present themselves in the context of this social war that has already broken out. A social war that has lasted for millennia and that in recent decades has been characterized by an excess of confidence on the part of individual governments and the business class to impose what they bloody want at all times.

We have everything in our hands, WE ARE ALREADY DOING IT.

LET’S TAKE IT ALL.

Paisano / / Paisana: Word within the vocabulary of Asturian language (langauge of Asturias, region located in the North-West of the Iberian peninsula) that denotes, apart from the person who comes from the same land as oneself, every individual who has earned the respect of the community through their exemplary behavior, their ability to keep always to their word of honor and the ethical greatness and generosity of their lifestyle.

WITHOUT PAISANOS AND PAISANES NO REVOLUTION IS POSSIBLE.

The Internacional Paisanista is not a political party, union, association, etc ... IT IS JUST THE SPIRITUAL STATE OF ANY PERSON WHO MAKES FIGHT FOR FREEDOM AND JUSTICE THEIR LONGLIFE LIFESTYLE. Maybe the one who wrote this is sitting next to you tight now while you read this manifesto. In collective terms Internacional Paisanista is any given group of friends linked to one another by their affinity and coordinated with other groups. A street gang with an analysis always prepared and ready for whatever is to come.

INTERNATIONAL PAISANISTA DEMANDS THIS DRAFT TO REPLACE THE REFORMIST POINTS OF THE “TRUE DEMOCRACY NOW” MANIFESTO.
Posted by theory and action: words for an anarchist debate at 08:18