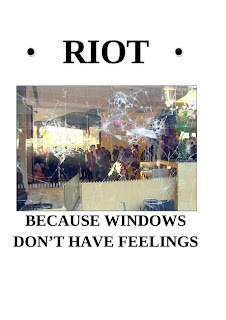 We, the individuals and groups listed below, offer our solidarity and support for the action(s) taken earlier this week and the continuing occupations in Bristol and across the country.

The raising of Tuition fees, the cutting of Housing Benefit, Legal Aid and many other Social Benefits will cause hurt to many across the social spectrum. Mainstream Politicians and Media are already attempting to segregate and split an as yet unformalised, genuine coalition of the aggrieved.

One way to counter this attempt at division is if we refuse to criticise or condemn differing tactics, even if we privately disagree with them, and offer support to those arrested, suspended from university, or their jobs due to action taken.

Whilst many of the undersigned have doubts about the role of “The State” in our lives, we don’t seek to monopolise or take over protests to use as our own platform. Rather, we commit to engaging in spaces of protest and dissent as a means to debate and decide our common future(s).

We also call on those trade union members who are unhappy with their leaderships’ inaction on the cuts to engage with and support these protests which are currently the most vocal and visible challenge to the ConDem coalition.

(Other Groups are currently considering the statement)
Posted by theory and action: words for an anarchist debate at 16:36